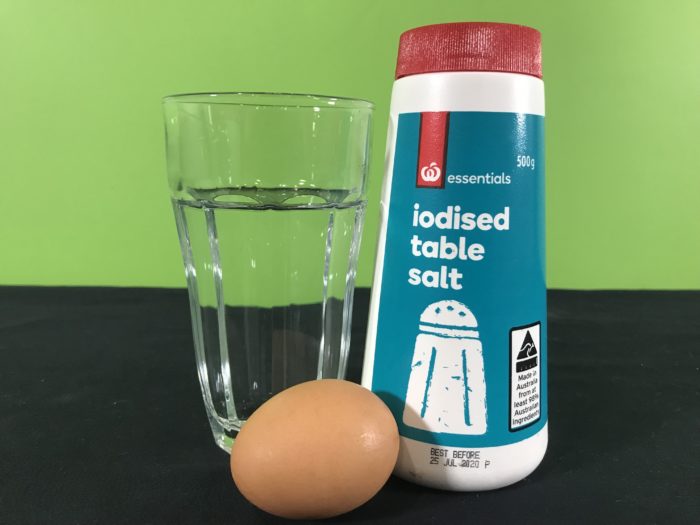 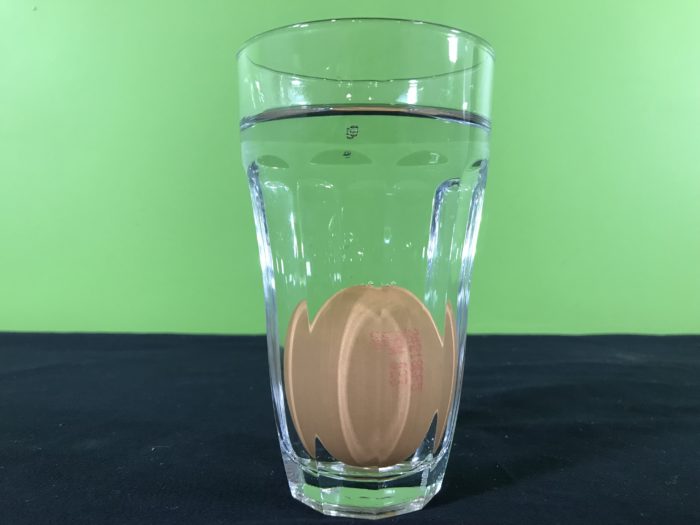 Put the egg into the glass of water. Notice that right now it’s sinking to the bottom of the glass. 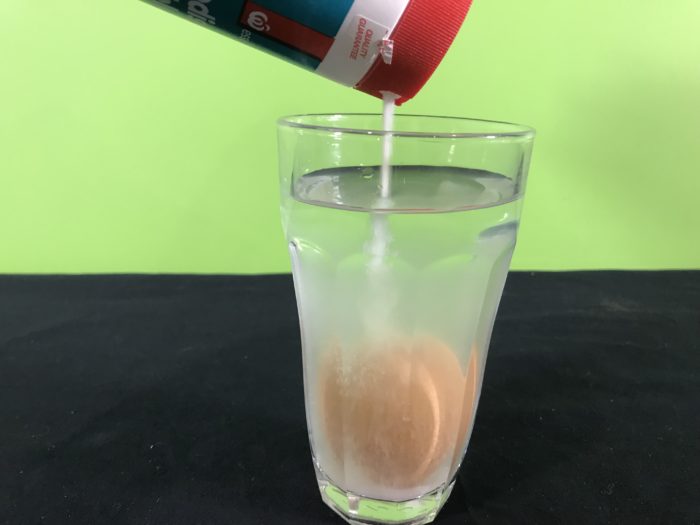 Now we are going to saturate the water with salt. This means adding salt a little at a time until no more will dissolve into the water. Add salt into the water slowly, stirring constantly with the teaspoon. 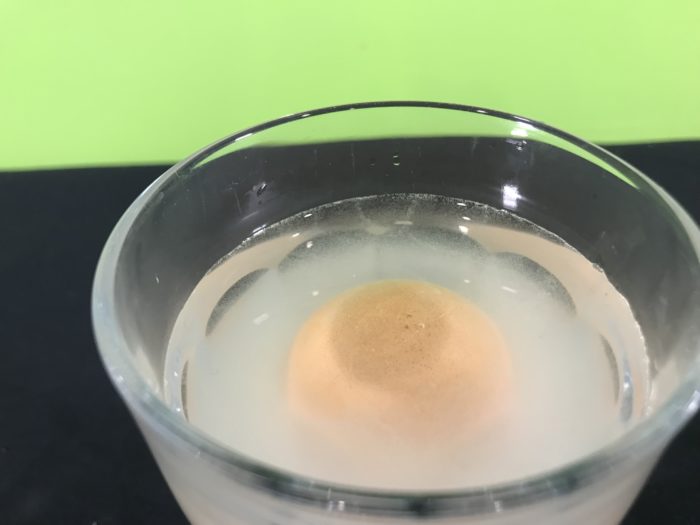 You’ll know when you have enough salt in the water when some salt crystals fall to the bottom of the glass, even after you’ve stirred it thoroughly. 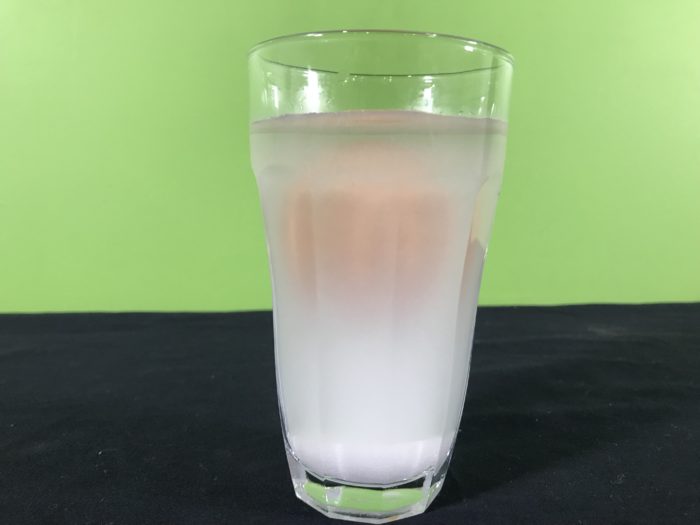 Notice now that the egg is floating on the water. Weird, why does this do this? 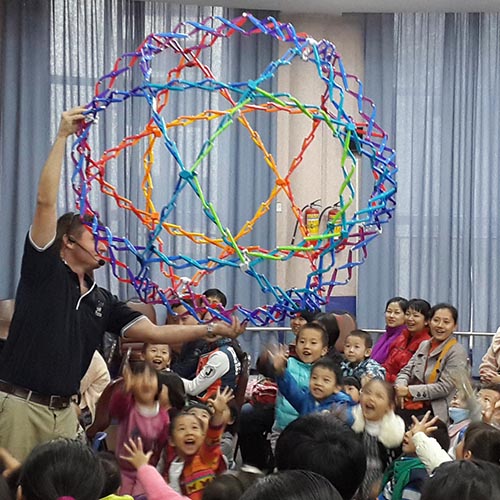 The density of an object is a measure of how much matter is crammed into how much space. One cubic centimetre of lead has a lot more matter in it than a cubic centimetre of Styrofoam, and so we say that it’s denser. Whether an object floats or sinks in water depends on its density. If an object has a higher density than water, it sinks because the water can’t hold it up. If it floats, then it must have a lower density than water.

The egg initially sinks, which means we know it’s denser than water. But when we add salt to the glass, it dissolves into the water and takes up space in between the water molecules. This means that the end result is more matter (salt PLUS water) crammed into the same amount of space the water took up initially. Eventually, with enough salt, the water becomes so dense that the egg now has a lower density than the water, and so the egg floats.

The Dead Sea in the Middle East is one of the saltiest bodies of water in the world. It’s nearly ten times as salty as the ocean, and this means the water in it is a lot denser than most of the water we encounter in our lives. One of the coolest side effects of this is that a lot of weird things can float in the Dead Sea that can’t elsewhere, including people. The very high salinity, unfortunately, means living things like fish and water plants have trouble living in it, but some bacteria can survive those conditions (these are known as halophiles).