Make secret messages that glow with Fizzics Education | Kids Science Experiments
View cart “Be Amazing! How to teach science, the way primary kids love.” has been added to your cart.
Skip to content

Secret Glow in the Dark Message 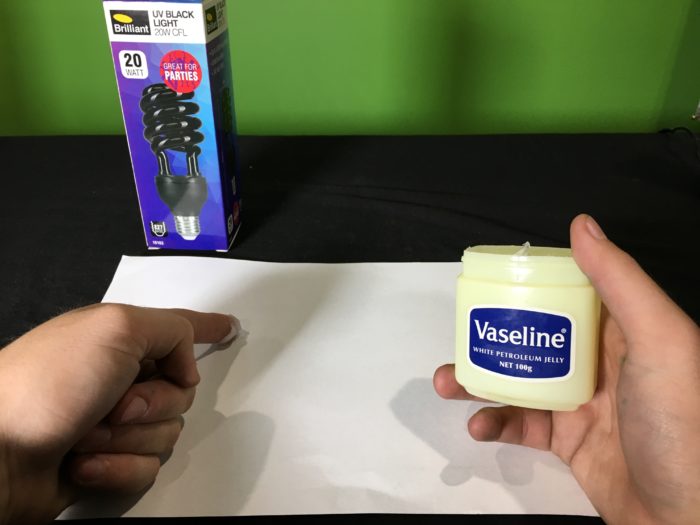 Dip your finger into the petroleum jelly and write a message on the paper. Don’t tell anyone! 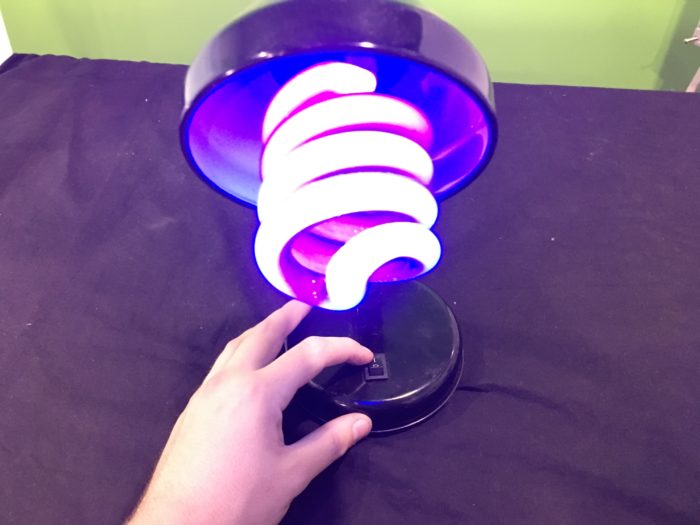 Turn on the blacklight and turn off the lights in your room. 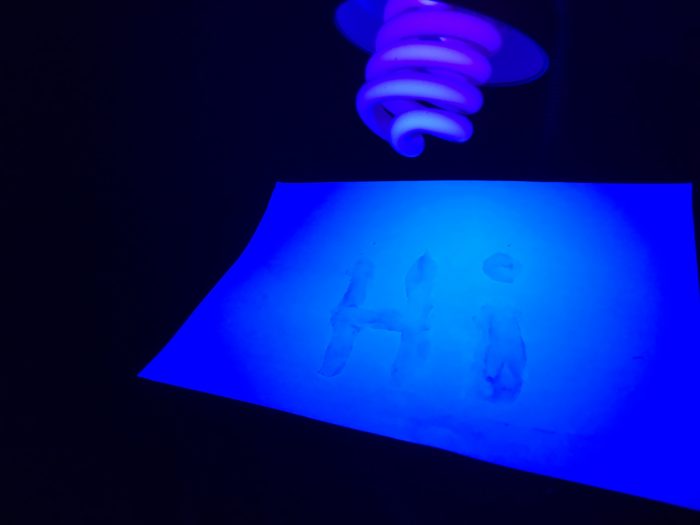 Can you read your message? 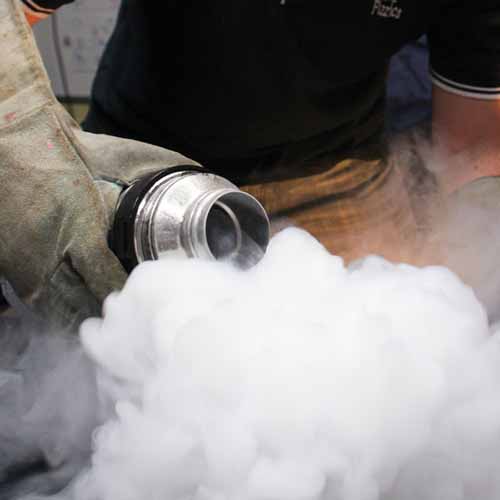 The visible light rang, for humans, is between the frequencies of 400nm and 700nm, and we see this as red and violet respectively. Black lights emit an invisible ultraviolet light called UV-A, which as less energy than the sunburn causing ultraviolet light UW-B.

Some chemicals can absorb energy from the invisible UV-A light and reemit it as visible light. These chemicals are said to be fluorescent and you can find a lot of these chemicals in and around your home. For example: in laundry detergent, nail polish, your driver’s licence and money.
All material are made up of atoms and within these atoms there exist electrons. These electrons move around the nucleolus of the atom, its centre, in orbits or ‘shells.’ Moving between one shell, or orbit, to another requires loosing or gaining energy. For an electron to move to a higher orbit it must gain energy and for it to fall into a lower orbit it must lose energy.

Fluorescence occurs when the UV-A light gives energy to electron and moves them to a higher orbit. Once the electrons lose this new energy they fall back to their original orbit, releasing the remaining energy as visible light.

Forensic scientist can use fluorescence of chemicals to link a crime scene to the guilt person!

For more information on forensic techniques check out the crime scene investigation link.