Temperature and The Density of Water science experiment : Fizzics Education
Skip to content

Temperature and The Density of Water 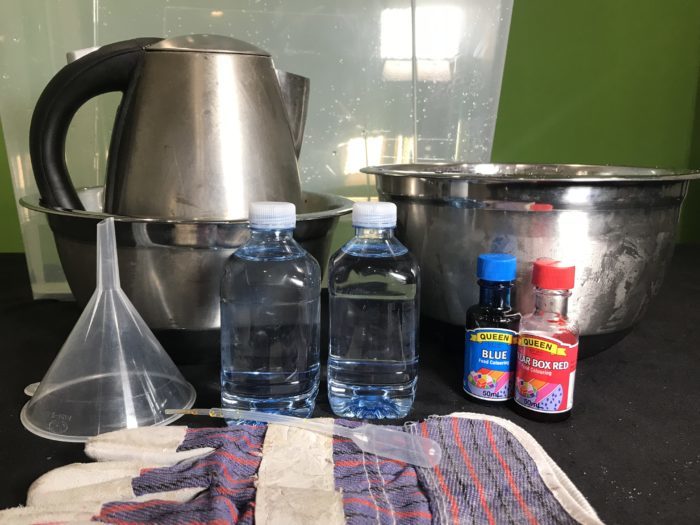 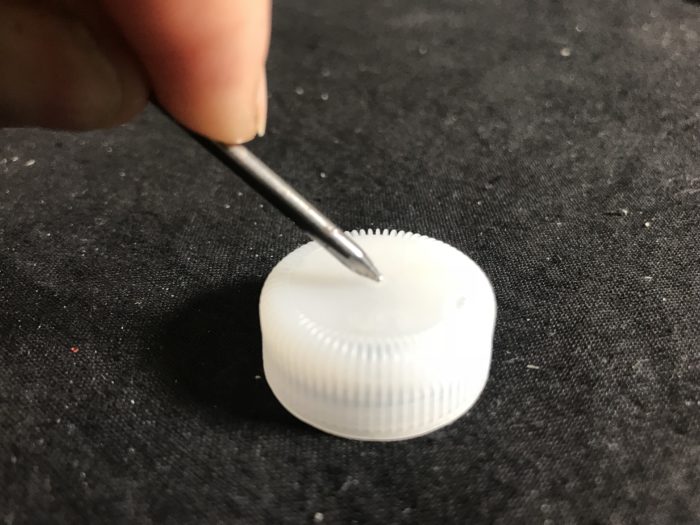 Carefully bore two holes on opposite areas of each of the plastic lids. The larger the hole, the faster the result of the experiment.

SAFETY: If children are to do this, please ensure that hand drills used are not electrically. Alternatively, hand drill the lids prior to children commencing the experiment, or use stretched balloons with holes instead. Fill the 5 litre container with 3 litres of room temperature water.

Fill one of the plastic jars with water, add blue food colouring, screw on the lid and stand it in the ice bath for five minutes. 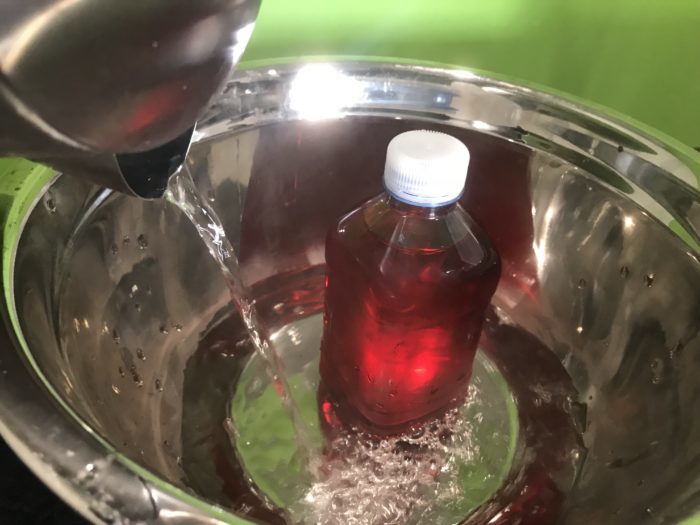 SAFETY: Adults only. Boil the kettle and allow to cool briefly. Carefully pour the hot water into the other plastic jar and add red food colouring. Screw the lid on whilst wearing the oven mitts for your safety. 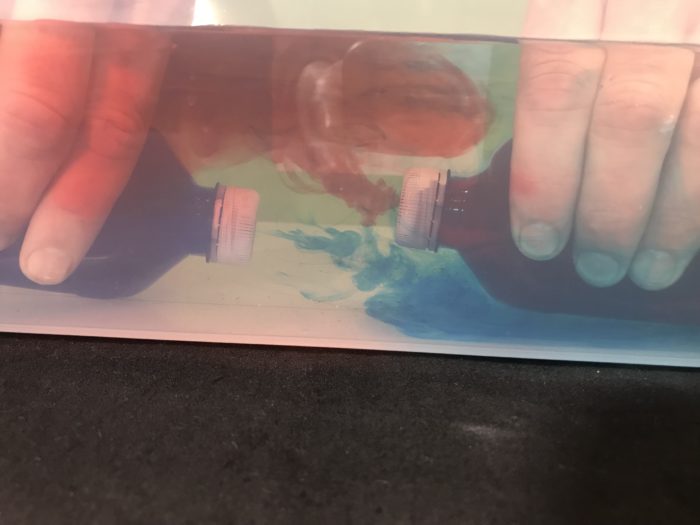 Gently lower both jars to the bottom of the 5 litre container, making sure that each jar has the holes in the same vertical position as each other.

Allow the coloured water to seep into the surrounding water. You can speed the process by gently squeezing the sides of the jars. However, be careful not to disturb the main body of water. 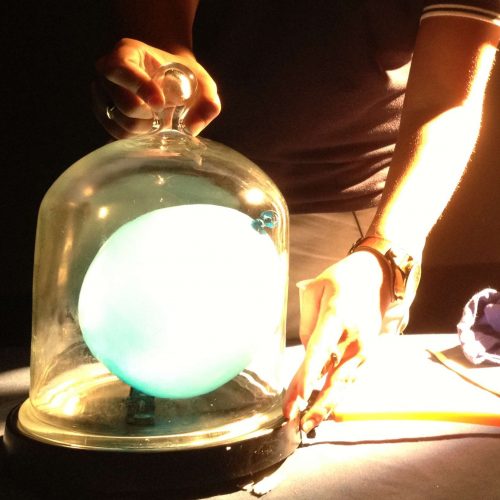 Warm water will float above cold layers of water because it is less dense.

In still bodies of water such as lakes and dams, very distinct layers of warm and cold water form. This phenomenon is called thermal stratification and has a profound influence on the variety of life found within the lakes and reservoirs. The warmer layer, the epilimnion, typically circulates within itself due to solar-driven convection. The colder layer, the hypolimnion, tends to remain much more still, with the size of the temperature layers changing over the changing seasons.

This is why it’s often more comfortable to swim along the surface of a lake rather than dive down to the colder depths. Find out more about a thermocline, also known as a metalimnion. This is the area whereby the rapid change in water temperature occurs.

Whilst in polar regions there are complex movements of currents disturbing the thermal stratification, warmer water will still float above colder water and produce sharp changes in temperature as the depth changes. Coldwater has more dissolved oxygen and is thereby more conducive to life.

Teaching about floating & sinking? from density to surface tension, our Working with Water workshop has you covered!
Get in touch with FizzicsEd to find out how we can work with your class.