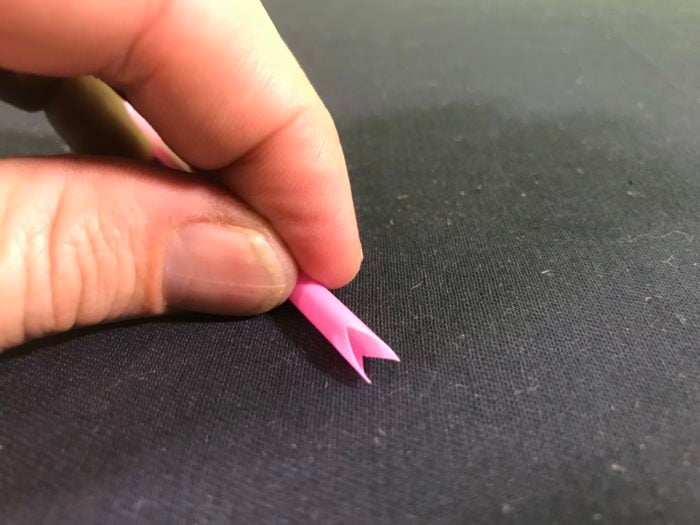 Cut the end of the smaller straw into a point. 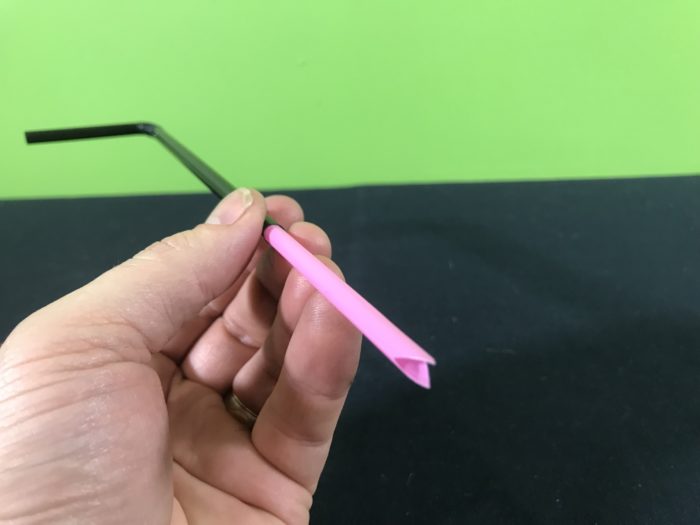 Slide the smaller straw into the larger straw. This way your straw flute has the option to become a trombone! 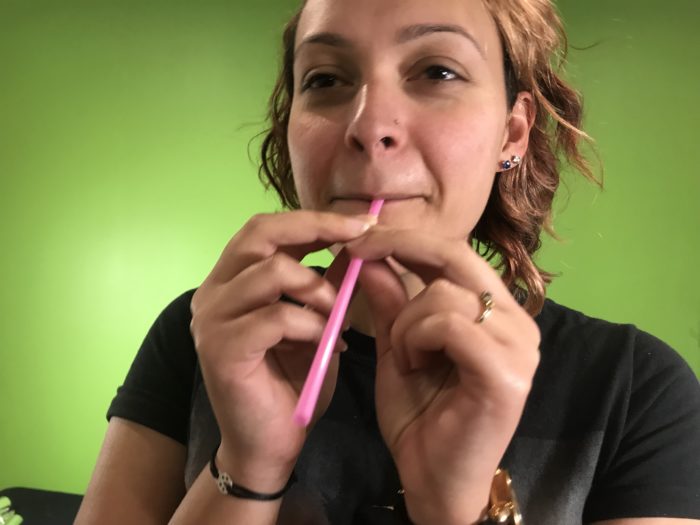 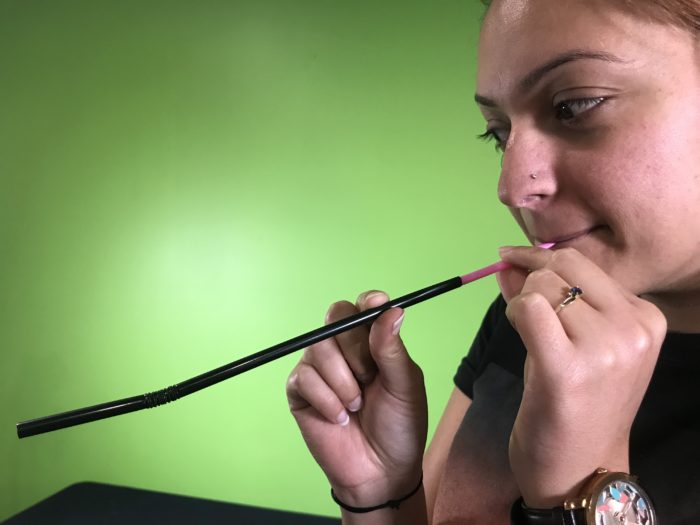 You should find that if you slide the large straw back and forth that the pitch changes too! You can also carefully cut the straw as you blow through it, creating a higher and higher sound.

This is a simple experiment on vibrations! To keep it simple, the shorter the instrument the higher the sound. Why? Inside your straw you have a sound wave in a particular arrangement called a ‘standing wave.’ As you shorten the straw you shorten the standing wave within it, increasing the number of times the wave vibrates per second; changing its pitch.

The sound wave itself is made up of two regions, one region with a higher density of air molecules and another with lower density. These two regions are called the ‘nodes’ and ‘anti-nodes’ respectively.

What do you think will happen if you increased the length of the straw? The pitch will be lowered, as you lengthen the standing wave and reduce the number of times the wave vibrates per second.

Unfortunately, this is a bit of a practice thing!

Video of this experiment during a Facebook Live presentation

Join us on our Facebook site for live science presentations!

From frequency & amplitude through to echoes & wave distortions, we’ve got your unit on sound covered!
Get in touch with FizzicsEd to find out how we can work with your class.

5 thoughts on “Make a straw flute”