SAFETY: If burnt by dry ice, treat as you would a heat burn, starting with running the injured skin under cool water for 10 minutes. Seek medical treatment

To dispose of dry ice, place container in a well-ventilated area with the lid off, out of reach of children. It will sublimate away naturally over time. 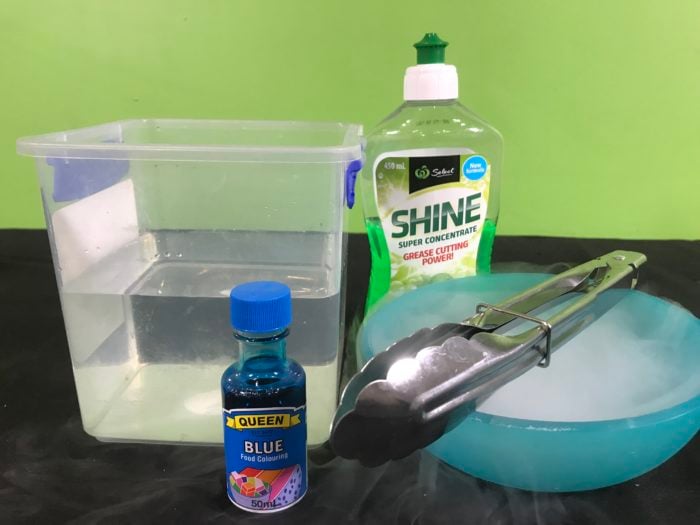 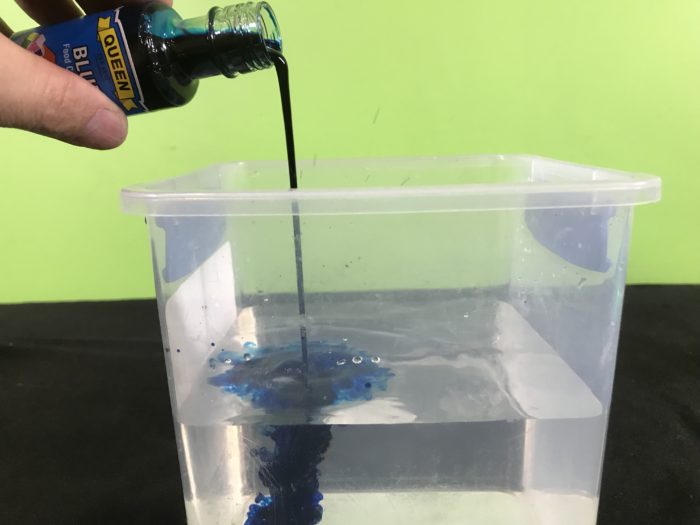 Add a few drops of food colouring to the water. 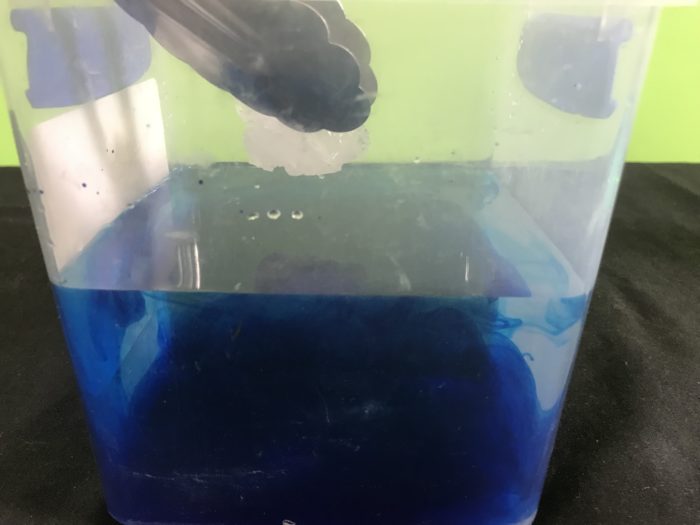 Add dry ice piece by piece and allow it to sublimate rapidly.

As you add the dry ice you will notice it starting to form clumps at the bottom of the container. This is where the surrounding water cools down enough to freeze. 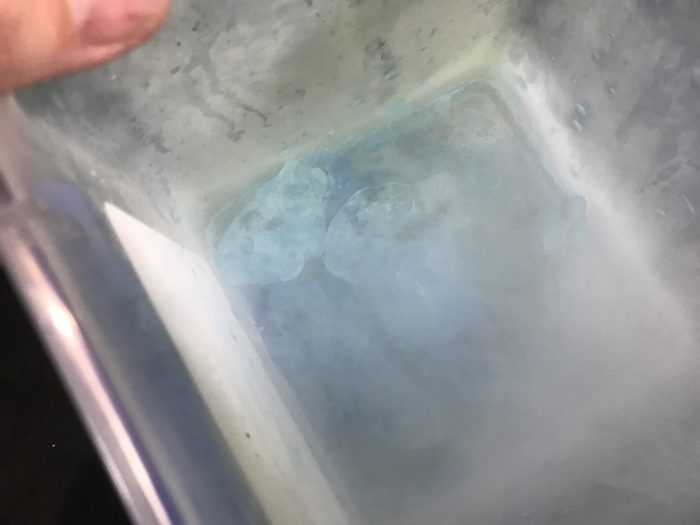 Keep adding dry ice until a solid clump of ice/dry ice is at the bottom of the container. Within the ice you will no doubt have small white ‘frozen bubbles’ of carbon dioxide. 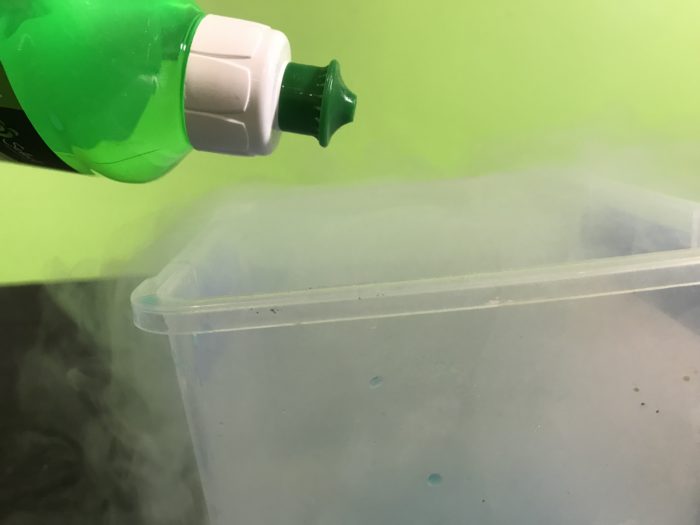 If you wish, you can add a small squirt of detergent into the mix to trap the bubbles of carbon dioxide leaving the solution. 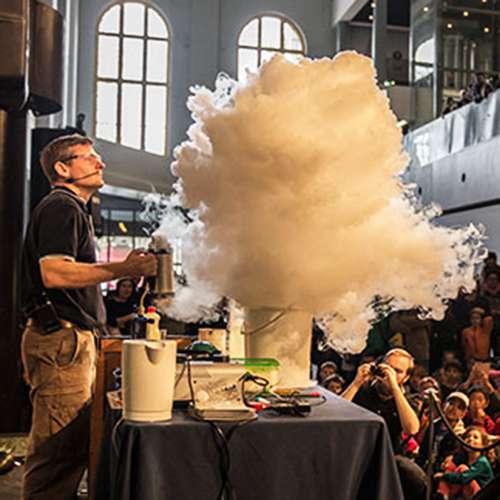 When you make an ice cube, you invariably trap very minute air bubbles within the ice. The humble ice cube effectively is acting as a time capsule, holding air inside it from when it was formed. Air contains many gases, some of which are suggested to enhance global warming.

The data is collected from ice cores, effectively long tubes of ice taken from vertical sections of glaciers. As each season produces a different layer of snow, the ice cores can be ‘read’ quite accurately, a process similar to dating sedimentary deposits in riverine areas or the determining seasonal variation using growth rings of trees.

Each year has it’s own record of gases within it, therefore scientists can use this record as a monitoring tool for dramatic changes in our atmosphere. One such dramatic change has been the rapid rise in carbon dioxide levels found within the these ice cores, a gas strongly suspected as causing the most damage in trapping excess solar heat energy within our atmosphere.

Teaching about states of matter? From boiling & freezing, the Liquid Nitrogen show and the Properties of Materials workshop have you covered!
Get in touch with FizzicsEd to find out how we can work with your class.