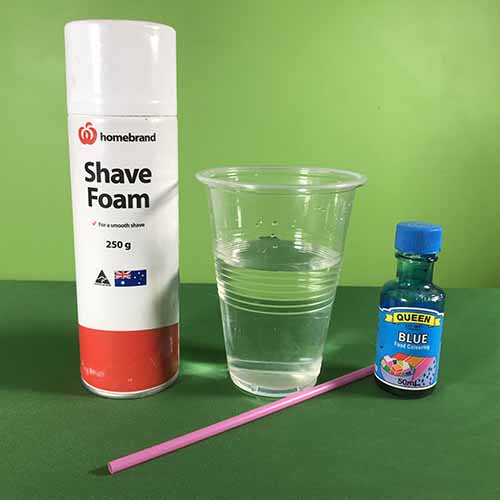 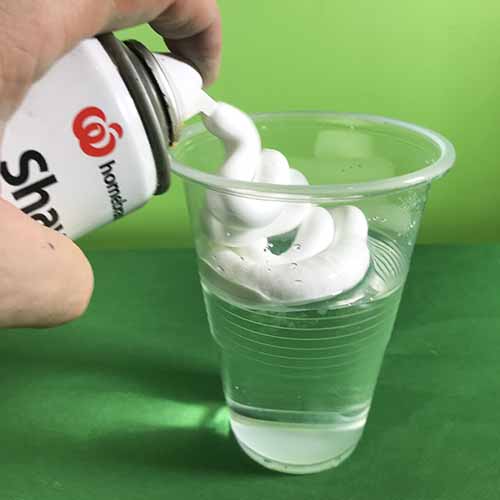 Add shaving cream to the cup of water. Fill it up over the brim! 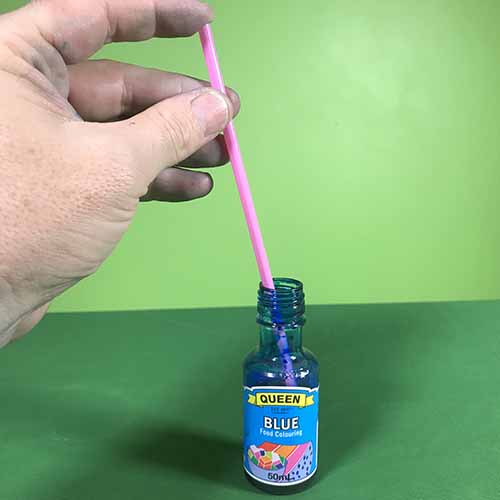 This works due to air pressure pushing the food colouring up into the straw. An example of this can be seen in the upside-down water cup experiment! 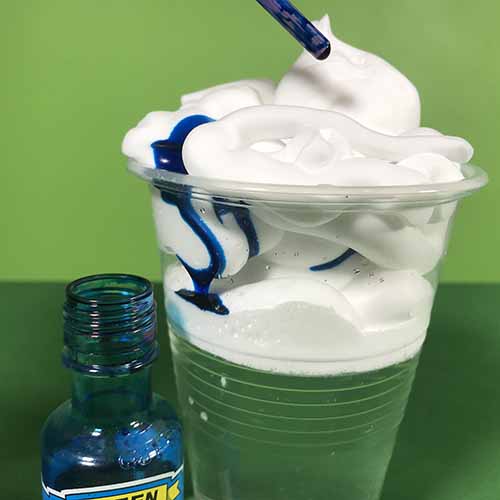 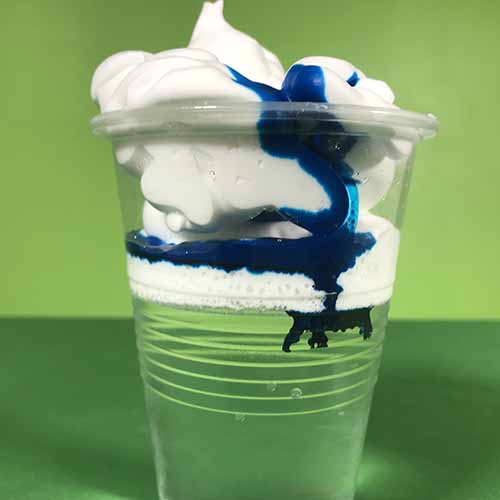 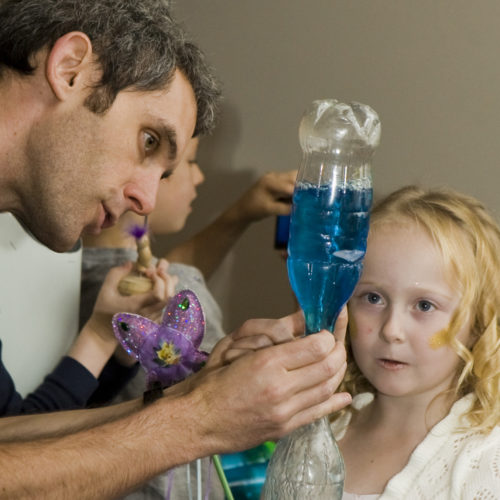 Food colouring is denser than shaving cream and water. As such, the food colouring drops to the bottom of the cup, acting like rain!

Rain is a form of precipitation, whereby water vapour in a cloud condenses to form large enough drops to then fall out of the sky. Precipitation can take many forms: rain, drizzle,  hail, snow and sleet.  It all has to do with relative humidity, which means how much water there is in the air compared to the temperature. Warmer air can hold more water vapour than colder air.

Rain is a major part of the water cycle, where evaporating water from water bodies and forms clouds which eventually forms rain to begin the process over again.