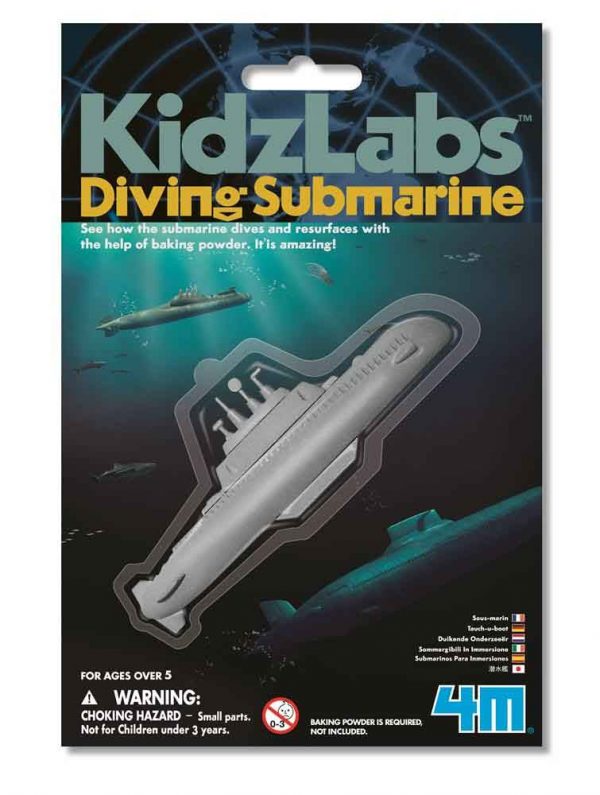 A classic science toy!
The diving submarine works with changes in buoyancy as the baking powder reacts. Old school fun 🙂

Delivery times are dependent on your location.
Pick up available at our Blacktown warehouse on arrangement

Purchase this product now and earn 9 Points! Every 10 points = $1 discount next time you shop :)

This diving sub toy is a fantastic gift for curious kids and is part of a large range of science kits & resources. Use for engaging science at home or in the classroom!

How does a Diving Submarine Toy work?

Balanced equation for the Baking soda and Water reaction

History of the Diving Sub Toy

In 1953, Benjamin and Harry Hirsch noticed that you could use baking powder to make small toy submarines to rise and fall in water. They sold this idea to the Kelloggs who in 1954 exchanged over a million diving subs in with consumers who had sent in 25c and one cereal boxtop. 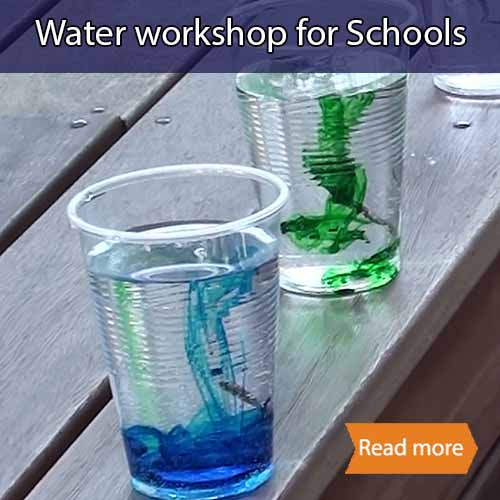 Purchase this product now and earn 9 Points! Every 10 points = $1 discount next time you shop :)

Why shop with us?

Items being returned must be forwarded within 7 days of being shipped. Items must not have broken packaging or be damaged in any way. Delivery of the correct goods will organised at our expense as soon as possible, otherwise a refund will be given upon return of the incorrect item. Purchase of a faulty item All goods are considered to be in working order when they leave the premises. If fault occurs please phone 1300 856 828 to report the problem. Refund or exchange of goods will be dependent upon the date of purchase.

Purchase of an incorrect item

We are happy to offer an exchange of goods for incorrect purchases however further postage costs will be incurred by you as the purchaser.

All purchases are sent via registered post which provides an individual registered number for your order. All sent items are expected to be delivered within reasonable delivery times across Australia as stated by Australia Post. Should items not be delivered we will open an inquiry with Australia Post to track your order and confirm that the item has been lost. We will endeavour to re-issue your goods as soon as possible however there may be some delays whilst re-sourcing your items.

$12 flat shipping rate for orders under $100 (Australia-wide). Free for orders over $100 (Australia-wide). Express Post: $17 for orders up to $100 and $5 for orders over $100 Delivery is normally within 5 working days on the eastern seaboard (NSW, VIC & QLD). Delivery to WA, NT, TAS and SA can be 7 to 10 working days. Standard delivery is by Australia Post registered surface mail otherwise direct courier or airmail is used (subject to item availability and arrangement with our office). If you choose express post as a delivery option we will send your order within 24 hours on a business day. Contactless pick up of orders is currently available. Customers will be contacted to an agreed 60-minute window to for collection. This is only available between the hours of 9:30am – 2:30pm weekdays.

International orders please contact the office for airmail shipping prices. Additional shipping and handling costs will be organised as a payment request through Paypal. Delivery times are dependent on your location. International orders must contact us prior to ordering. Parcels being sent beyond Australia; Articles over 453g and all International Express Post Services are subject to an additional $AUD9.00 surcharge and may face delays of up to 48 hours extra due to new international laws. (excluding United Kingdom). We reserve the right to refund any international orders not organised through our office.

Your cart is currently empty.