Who said that all reality television is complete rubbish?

Sunday night’s Masterchef challenge contained some serious lessons about the importance of the scientific method. The challenge was to invent a recipe, and write it so that somebody following it to the letter could reproduce it perfectly. This is what the scientific method is all about – writing a clear and specific set of instructions so that an experiment can be repeated the same way every time. Cooking to a recipe is very much like trying to reproduce an experiment – ambiguity or inaccuracy in the instructions can lead to wildly varied results. From what we saw on Sunday night’s episode, it doesn’t seem like the remaining Masterchef contestants would make very good scientists.

Some of the problems with the recipes included: 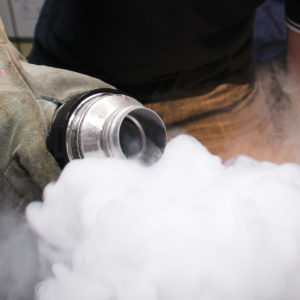 Whenever I get the chance, I like to emphasise to students the importance of giving detailed instructions in science. I often get asked to repeat demonstrations and when this happens, it is fun to get the kids to talk me through it. Most of the time the kids give ambiguous instructions without realising it, and I think that conducting the experiment the wrong way is the best way to teach them this need for detail. A good example for this is the tea bag rocket where there are a number of things that can be done incorrectly if not explained properly – like how much of the tea bag to cut off the top, and where you should light it. The results can be quite amusing when done the wrong way, but really illustrate the importance of being exact in giving directions.

The Masterchef contestants learnt this lesson in the same way in Sunday night’s episode. By seeing home cooks do a less than spectacular job of recreating their recipes, they were shown the importance of including detail in their recipes so that the same results can be delivered every single time.

These mistakes aren’t necessarily restricted to the Masterchef kitchen. A good scientific method can be repeated exactly, every single time. Some of the methods that I tried to follow in the lab while I was at uni were ambiguous enough that even the post-docs had trouble interpreting them. Many cookbook authors (particularly those at the Women’s Weekly) do a killer job of writing instructions that can be copied by even the most novice cooks every time, but others can be quite confusing.

The moral of the story here is to be specific, and don’t be scared of including a few extra words to make your instructions clear. Whoever is following them later on will thank you for it.

I just wanted to provide feedback about the Fizzics Education incursion at St Mary St Joseph at the beginning of this term. Stephanie was fantastic and the content easily gelled with the current curriculum. Thank you for your dedication and time with the students on this day.