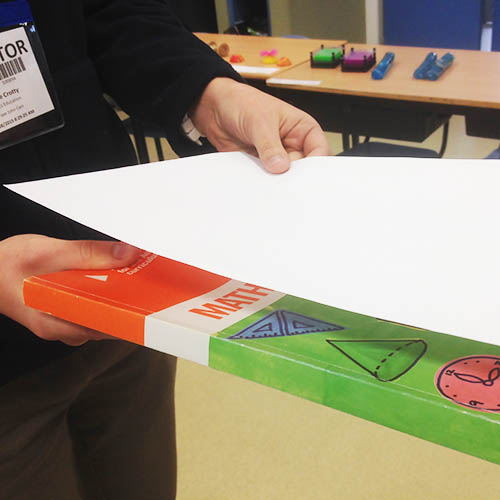 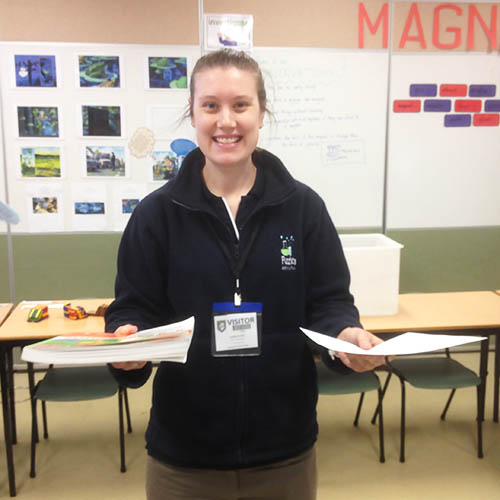 Hold a piece of paper and a book at the same height. Let them both go at the same time… which one hits the ground first? 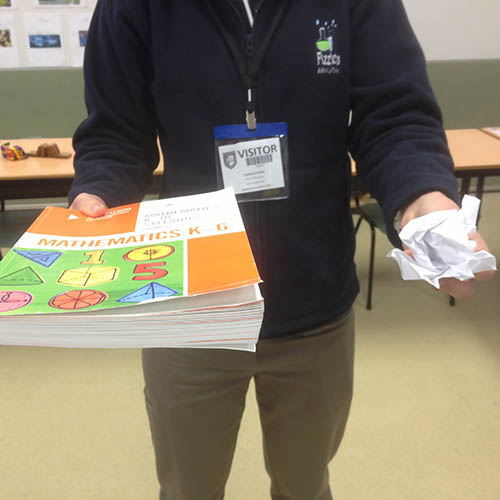 Finally, repeat the experiment by scrunching up the piece of paper and then drop both the book and the paper at the same height again. What do you observe? Why? 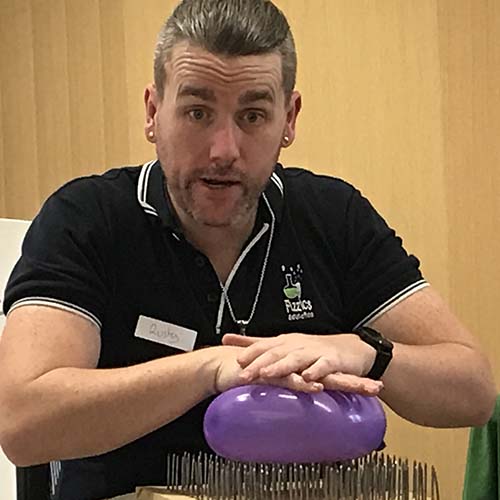 This is all about the effect of both air resistance and gravity.

In your experiment, you dropped a piece of paper and a book through air. As you might have expected, the book falls faster through the air than the paper when they are dropped side by side. Does that mean that this breaks the rule that all objects fall at the same speed due to gravity? Not at all! The air got in the way. In better terms, the air resisted the falling of both the paper and the book. However, the book itself had more mass so that it had more force to push through the air resistance in the first place (you might recall that Force = Mass x Acceleration, which does mean that more mass moving produces more force). The paper simply didn;t have enough force to push past the air resistance compared to the book, so it fell to the ground the slowest.

In this step, you placed the paper on top of the book. Now the air can’t reach the bottom of the paper as the book is in the way. This allowed both the book and the paper to fall at the same rate as the air resistance to the paper was almost non-existent. You might argue that this is not a fair test however, and so we now move to the final step of the experiment.

This is all about changing the shape of one of the objects to see the effect of air resistance. By crumpling up the paper, you reduce the surface area of the paper to the air, which means when you drop the ball of paper it has more chance to fall faster as there is less air resistance on it because it doesn’t have to push through as much air this time. Turn out, this is exactly the case! The effect is so pronounced that you can place the crumpled up piece of paper next to the book and on dropping them you find that they hit the floor at nearly an identical time.

Why does this matter?

In fact, the physicist Brian Cox ran this experiment with a bowling ball vs a feather.

… and in 1971, astronaut David Scott conducted Galileo’s famous hammer/feather drop experiment on the moon, during the Apollo 15 mission.

The effect of air resistance cannot be understated when dealing with moving objects. Think of wind tunnel testing done on cars or planes. Reducing or increasing air resistance has a tremendous effect on the acceleration of objects. Now, imagine that you had to land a spacecraft on the moon. Relying on a parachute won’t help you much as the atmosphere on the Moon is almost non-existent and as such a spacecraft relying on a parachute to land on the moon would not slow down and so would smash onto the Moon’s surface. Even landing a spacecraft on Mars presents problems as the atmosphere on Mars is quite thin and as such parachutes are useful to slow & stabilise a spacecraft but they are not the sole way of slowing a landing spacecraft down.