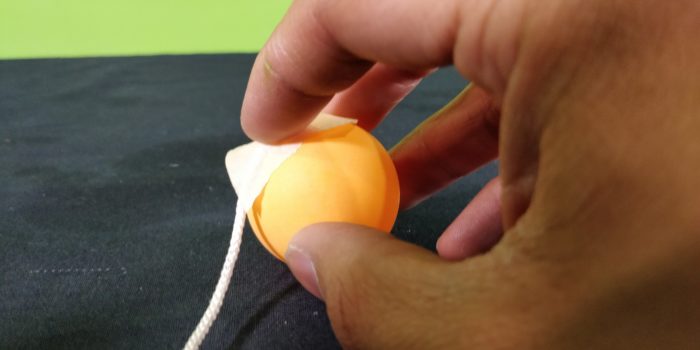 Tape the string onto the ball. 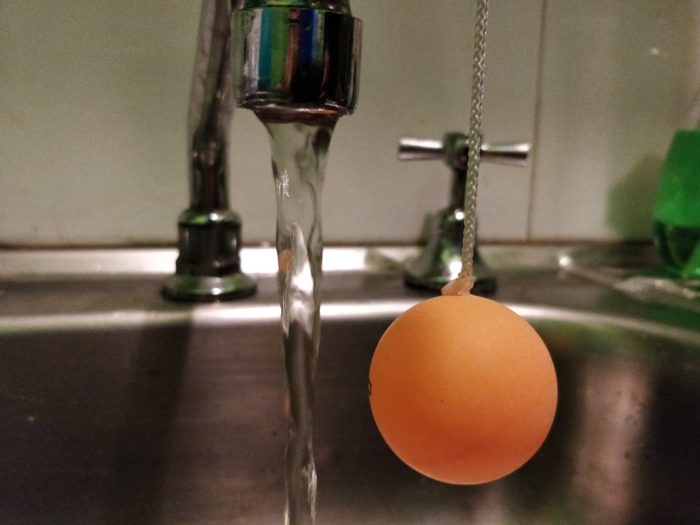 Turn on the water tap. Hold the string and dangle the ping pong ball in the running water. 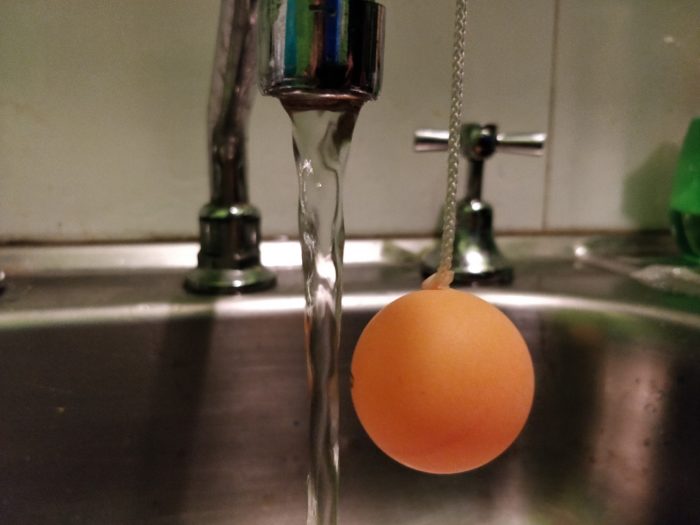 Which way does the ping pong ball move; towards or away from the water stream? A mathematician called Bernoulli found that areas where fast moving fluids are present have a lower pressure than the surrounding environment. Furthermore, he found that water running over a curved surface of also exhibits the same low pressure, the faster the water the lower the pressure.