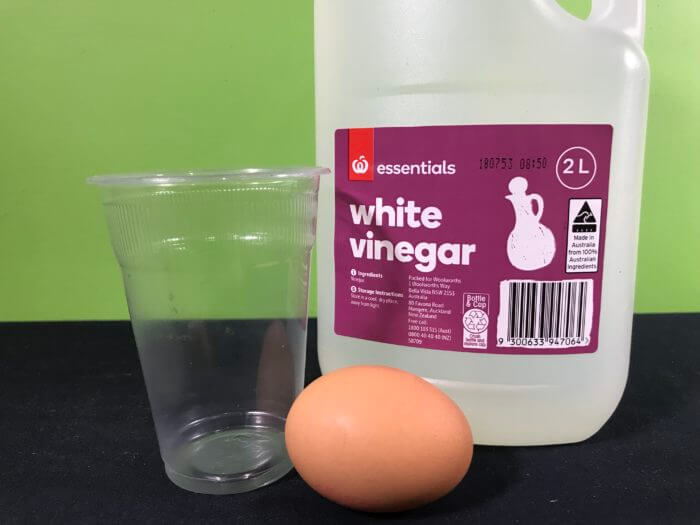 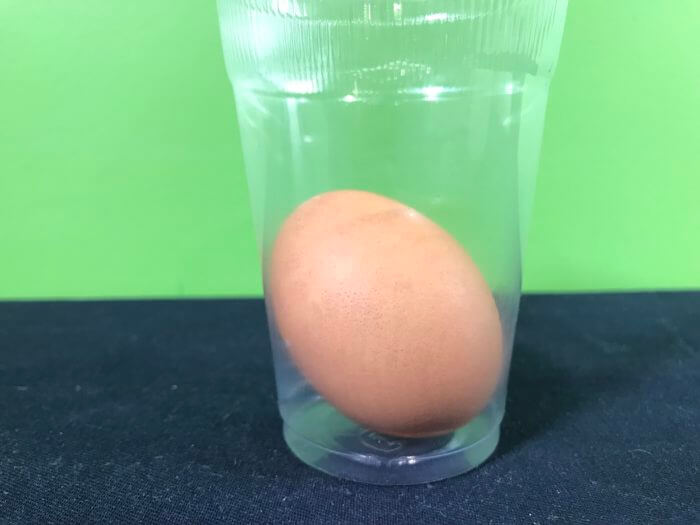 Put the egg into the glass. 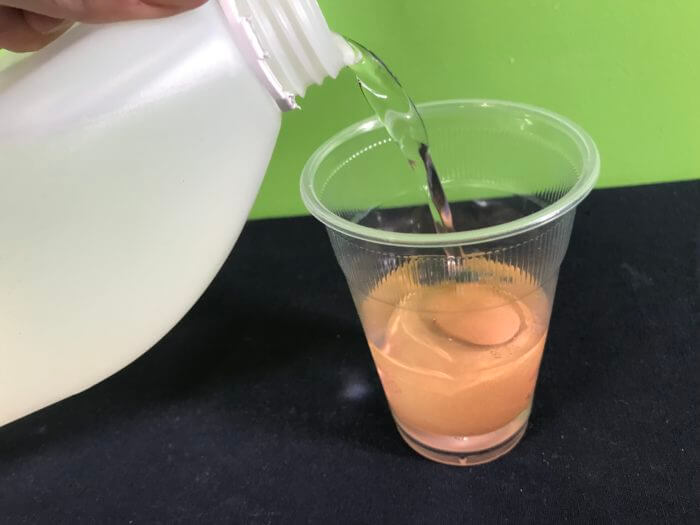 Pour vinegar into the glass until it completely covers the egg. 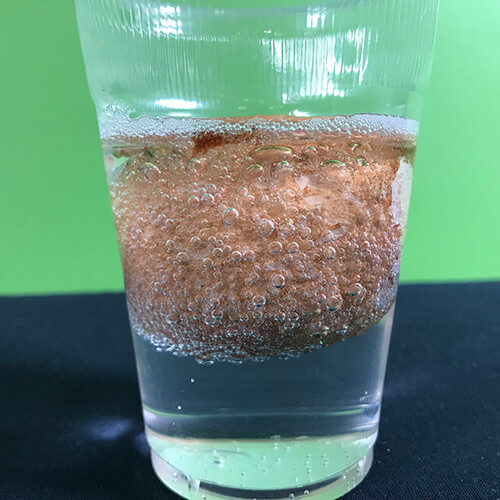 Have a look closely at the surface of the eggshell.  You should see it start to be covered in tiny bubbles. 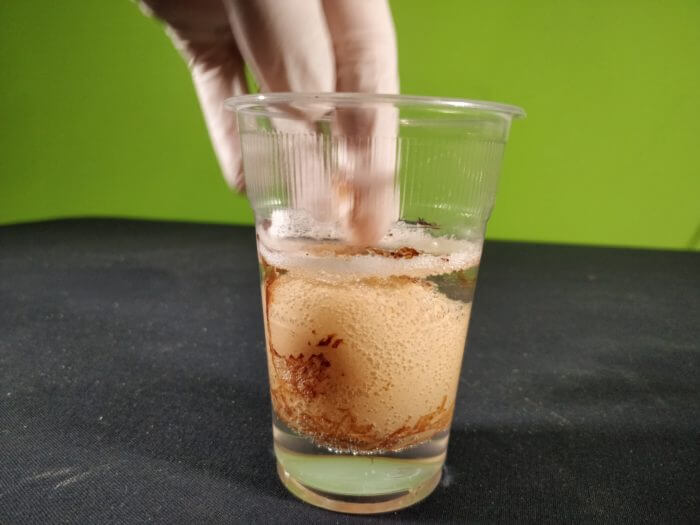 Leave the glass, vinegar and egg overnight where it won’t be touched. 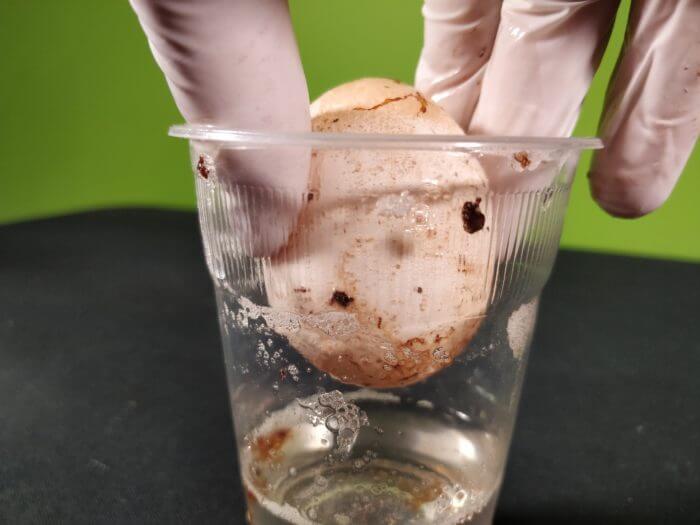 After about 24 hours has passed, check the egg again. The shell will have started to dissolve. 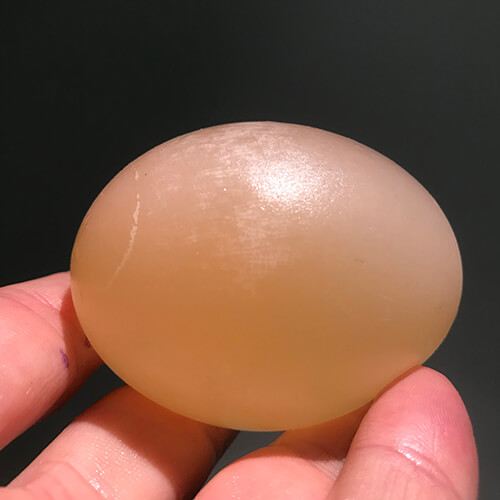 After a few days (up to a week if you have weaker vinegar), carefully take the egg out of the glass and feel it.  What does it feel like?

VERY carefully drop the egg into a table from about 5cm up. What does the egg do?

NB: If it doesn’t work the first time, change your vinegar and repeat with the same egg… you’ll get there! 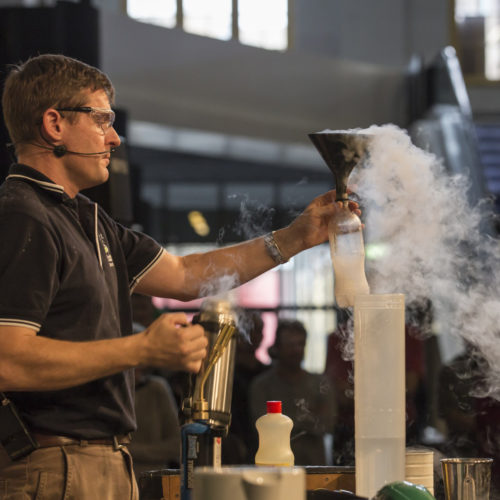 Eggshells are made of a compound called Calcium Carbonate (CaCO3).
This is the compound that keeps the egg strong and protects it from damage while the chick grows inside. Vinegar is an acid, more specifically acetic acid. Acids are chemicals which taste sour and have a lot of Hydrogen in them. Acids have a pH of less than 7.

When the vinegar comes into contact with the eggshell, a chemical reaction occurs.
The acid splits up the CaCO3 into its two main parts: Calcium (Ca) and Carbonate (CO3).
The Calcium dissolves into the vinegar solution, much like sugar dissolving in a cup of tea.
It’s invisible in this state. The Carbonate gets released as Carbon Dioxide gas, which is what all those bubbles you saw were full of.

As the eggshell is broken up, dissolved and released, we get to see what’s underneath.
We can see the egg white, still in a gooey liquid state, and the liquid yolk too. Perhaps the coolest thing though is the egg membrane that’s now holding the whole lot together. This membrane is always there, but we usually break it when we crack the eggshell. It’s strong enough to hold the egg together and even let it bounce from short heights, but will break if put under too much stress. This membrane forms on egg inside the hen, before the shell is made. It’s permeable (which means some chemicals can soak through it) and all the nutrients that are in the egg pass through it. 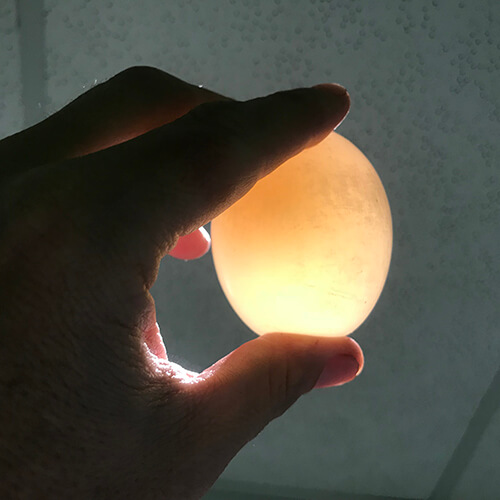 You can experiment with this membrane to see some really cool effects:

Acid rain occurs when acidic chemicals in the atmosphere mix with water and turn the rain acidic, like our vinegar. In some parts of the world, this is so severe that birds are having trouble making eggshells. They drink the acidic rainwater, and the acid in their bodies dissolves the eggshells as they make them. Environmental issues like this can have far-reaching and unexpected consequences.