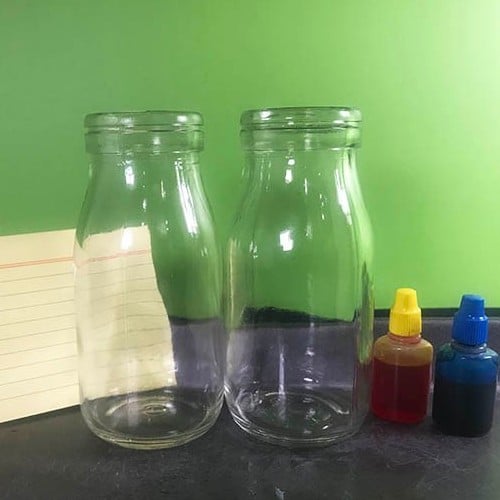 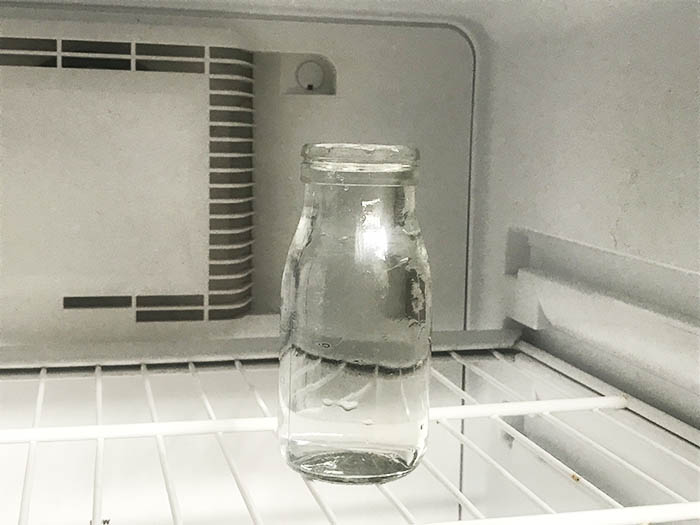 Fill one of the glass bottles to the top with water and place into the freezer. You don’t want to freeze the water, you just want to chill it. Wait roughly 5 to 10 minutes. This step isn’t absolutely essential but it certainly makes the temperature difference between the bottles more pronounced. When the cold water bottle is chilled, fill the other bottle with hot water to the top from the tap. Caution – if your tap is very hot use an adult’s help. 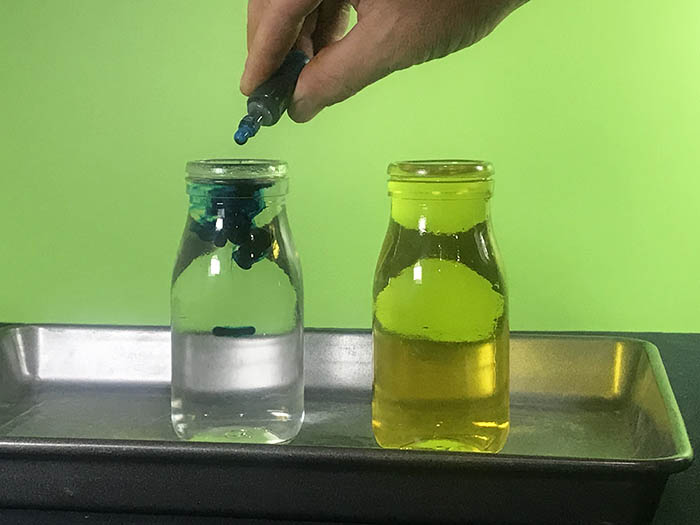 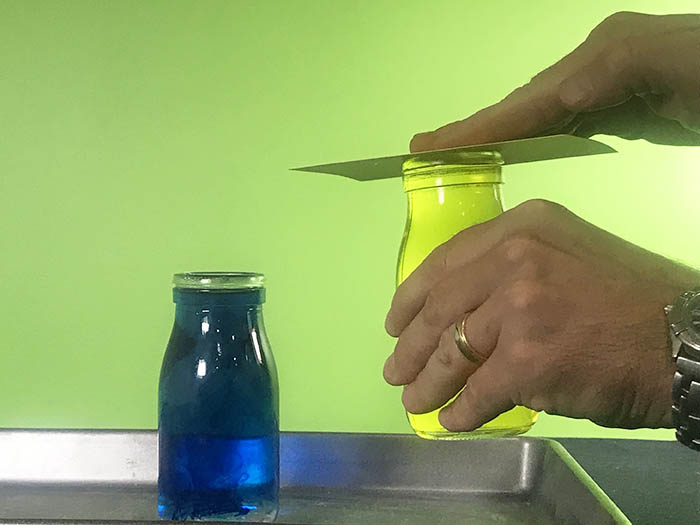 Keeping the index card as flat as possible, place the index card over the top of the yellow hot water bottle. Don’t squish down on the card, you just want to seal the bottle. 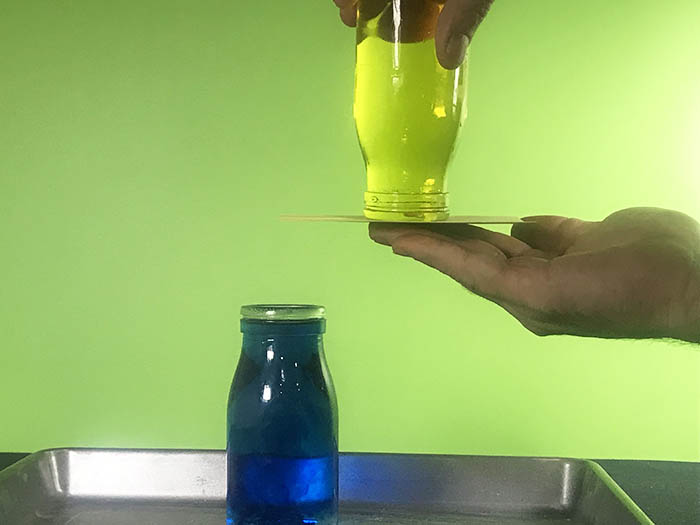 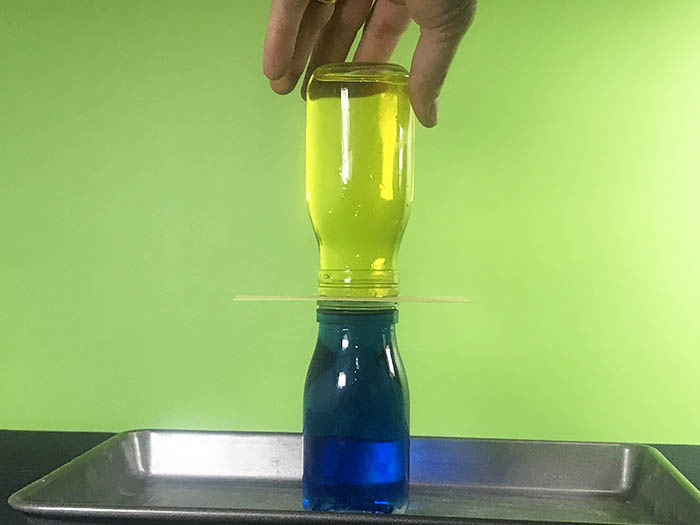 Carefully place the cold yellow water bottle directly over the top of the hot blue water bottle. Make sure that the openings of the bottles line up as close as possible! 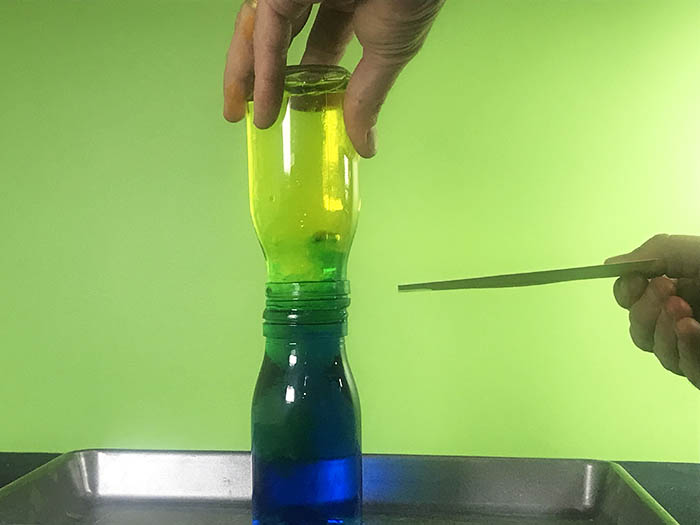 Moment of truth! Holding the top water bottle, gently pull the index out of between the two glass bottles. You should see currents of hot blue water rise into the cold water and currents of cold yellow water fall down into the blue water. 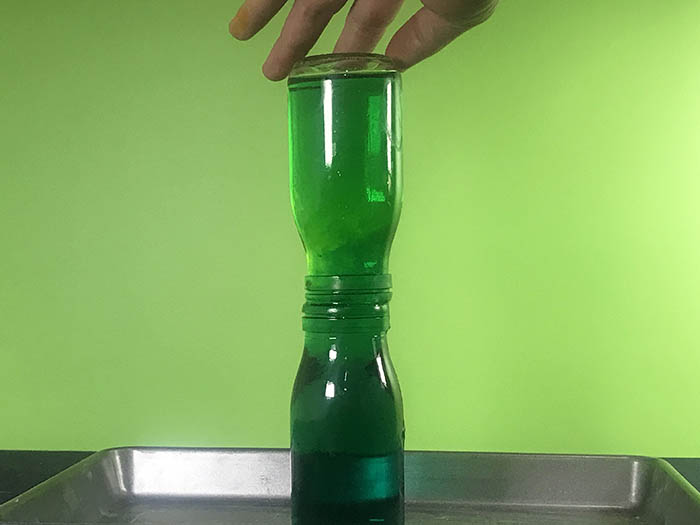 As the experiment progresses you should find that the colours mix to form green. The currents will stop moving once both water bottles are the same temperature. How long did this take? 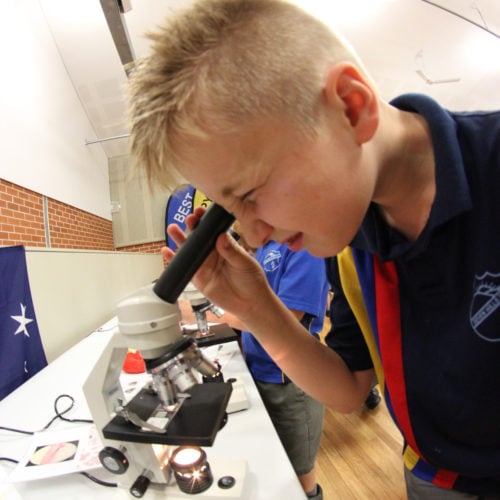 Hot water rises and cold water falls! More specifically, hot water is less dense than cold water. When you removed the index card from between the two bottles, the dense cold water in the top bottle dropped downwards and the less dense hot water rose to the top of the bottles.

Why does this matter?

Variables to change in this experiment

One thought on “Colourful currents”