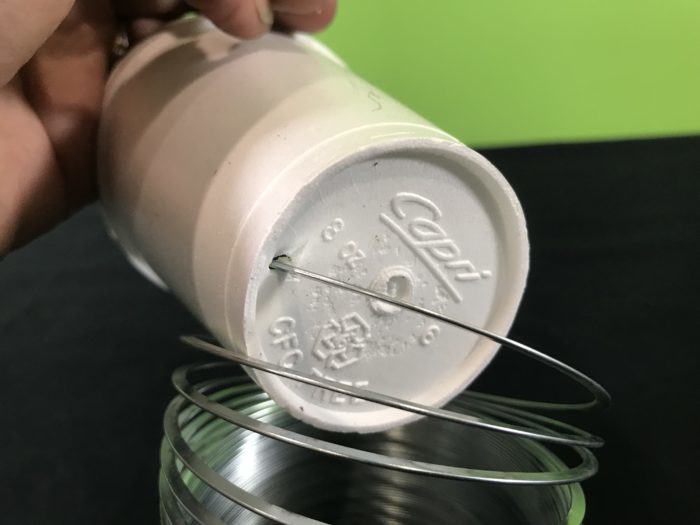 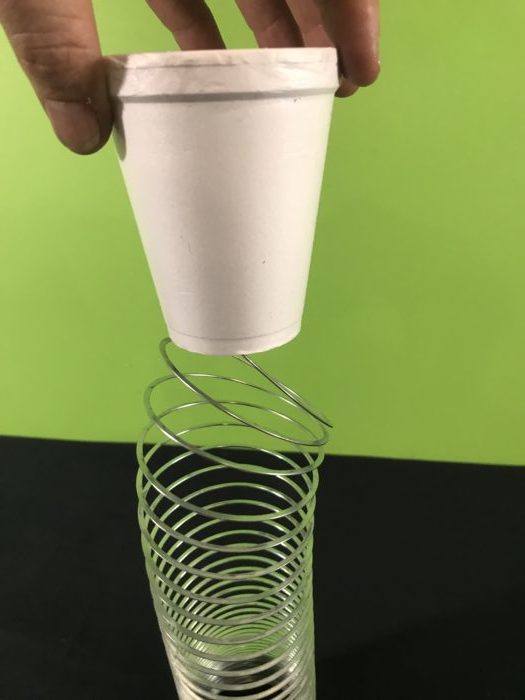 Hold the top of the styrofoam cup as pictured so that the metal slinky dangles downwards to the floor. 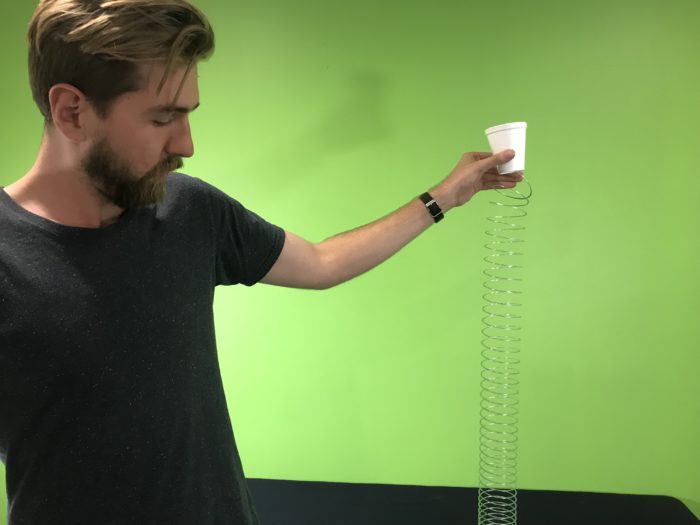 Gently shake the cup from side to side. You should hear the sound effects that can be similar to those heard in Star Wars! Try bouncing the metal slinky up and down on the floor to get a sharper sound. 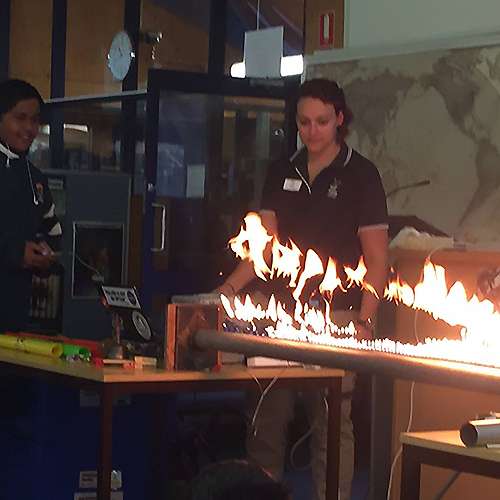 The original blaster sounds heard in the Star Wars were made by the foley artist Ben Burtt who repetitively hit the high tension wires of a radio mast with a wrench! These sound samples were then taken back to the studio to be eventually heard on the film’s soundtrack.

In the case of the metal slinky and the styrofoam cup, you’re simply transferring vibrations up the slinky into the styrofoam which also then vibrates. The metal slinky vibrates against foam and creates part of the buzz that you hear, with the rest of the sound being formed by the foam itself vibrating and the sounds echoing within the cup. The larger air space within the cup caused the sound to amplify.

From frequency & amplitude through to echoes & wave distortions, we’ve got your unit on sound covered!
Get in touch with FizzicsEd to find out how we can work with your class.