Lightly sprinkle the instant coffee powder all over the plain flour in the tray.

Drop the rocks of different sizes into the flour and coffee tray from different heights. 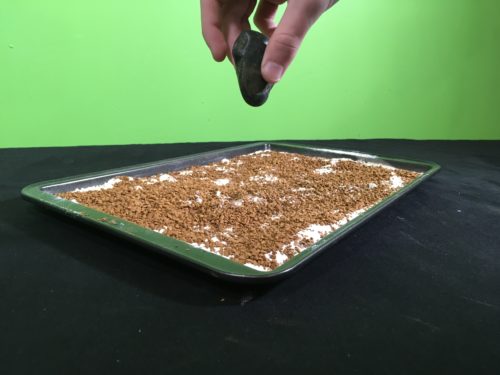 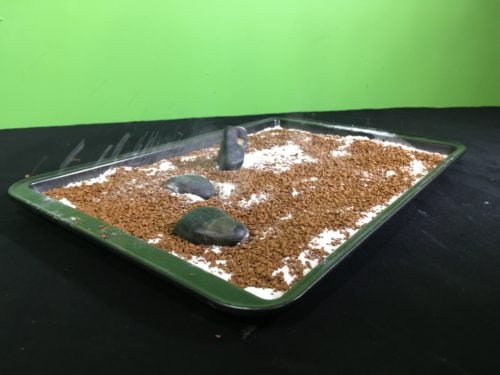 Compare the meteorite strikes you’ve made with photos of the Moon. 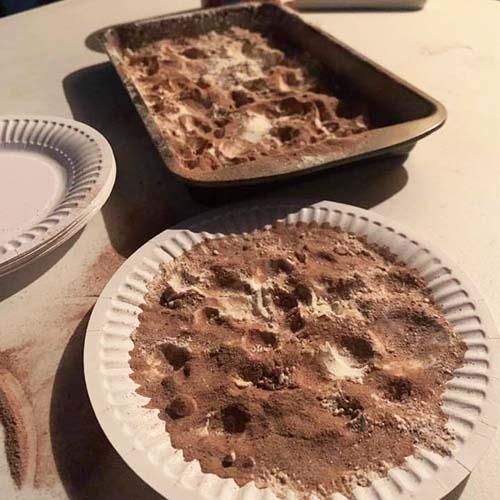 You can try finer coffee grains, cocoa powder or even brown dust too! 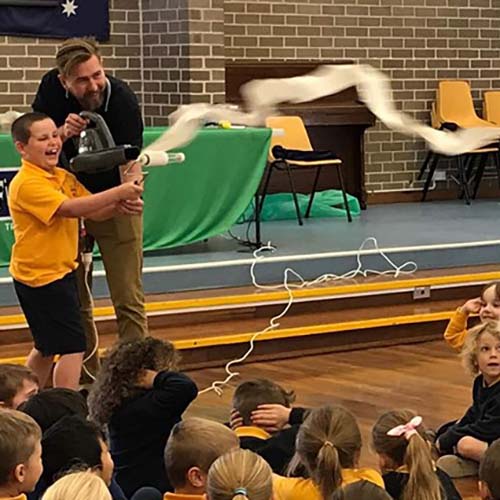 Science behind the experiment

Your simple model of meteorites striking the Moon’s surface using flour, coffee and rocks really was quite close to what occurs. Why? The surface of the moon is covered in a very fine powder of rock dust which has a similar consistency to flour. This surface dust is incredibly dry and has formed over time due to the relentless solar radiation breaking combining with the dramatic changes of surface temperature as the Moon spins breaking down lunar rocks. Dropping the rocks into the plain flour produced similar strike patterns that can be seen on the Moon, with the depressions made analogous to the craters you see as well.

The Moon has many more visible craters than the Earth purely due to the number of meteorite strikes it has sustained over time compared to Earth. As the Moon is only 1.23% the mass of Earth it has much less gravity and is unable to hold much of an atmosphere at all (yes, whilst incredibly thin the Moon does have a tenuous atmosphere – check NASA for more details). This lack of gases in the Moon’s atmosphere means that any impacting meteor will not warm up that much compared to Earth and so largely they hit the Moon intact. We also have meteors coming into the atmosphere but less reach the ground as the smaller ones heat up quickly and explode.

Below is the recorded footage of the 20 meter wide meteorite that exploded over Chelyabinsk, Russia on February 15, 2013.

On Earth, we have a variety of well-known impact crater sites. From the Chicxulub crater in Mexico (prime candidate for the dinosaur extinction event 65 million years ago) through to 90km wide Acraman crater in Australia, our Earth is pockmarked with impact sites. National Geographic lists some of the major hits the Earth has sustained (at least the ones we’re aware of anyway!).

From sunspots and asteroids to black holes & supernovae, the Stars & Planets and the Earth, Sun & Moon workshops have your unit on space covered!
Get in touch with FizzicsEd to find out how we can work with your class.