Oreo cookies (or any other cream-filled chocolate cookies you have on hand). We used some generic ones in this version.

One green and one blue texta

Draw your own version of Earth on the paper plate! You can be as imaginative as you want 🙂

Continue to scrape away the cream filling from the biscuit halves until you have the following 8 phases of the moon represented and in order around the plate:

Write each moon phase in order around the edge of the plate. Add arrows between each cookie and make sure that cookie represents the right moon phase.

All finished! Time to eat your moon phases too 🙂

Weirdly, it takes 27 days, 7 hours & 43 minutes for the moon to complete an orbit around the Earth however the cycle of the 8 moon phases take 29.5 days due to changes in the relative position of the Sun, Moon and the Earth.

You can model the phases of the moon with a lamp, ball and Earth model. 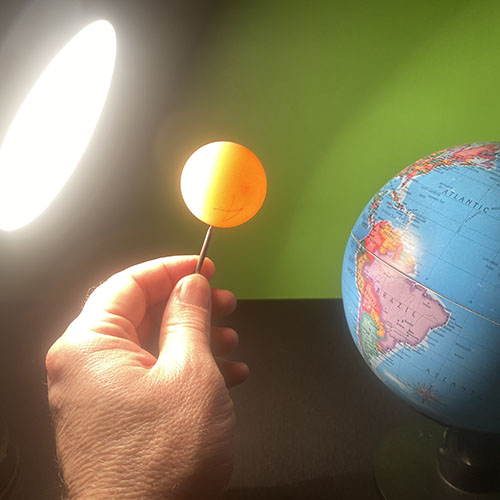