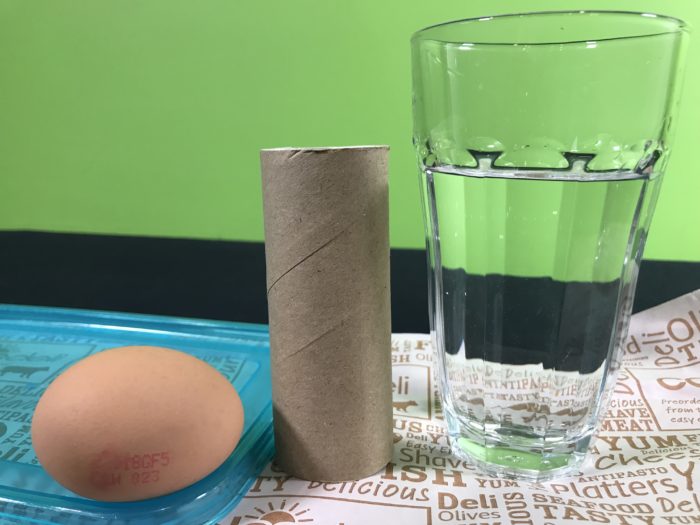 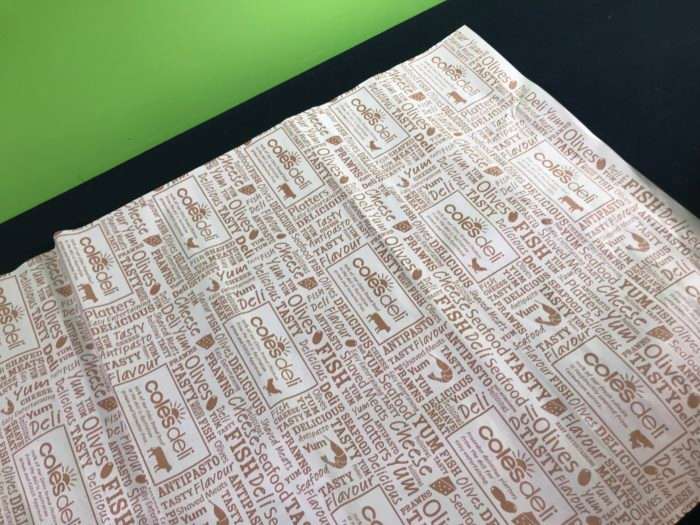 Place the newspaper on the table, to stop the splashing water getting the table wet. 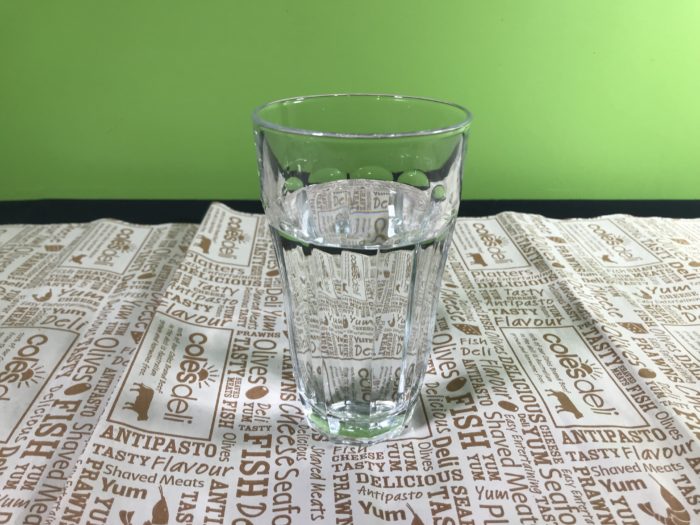 Place the glass of water in the middle of the newspaper. 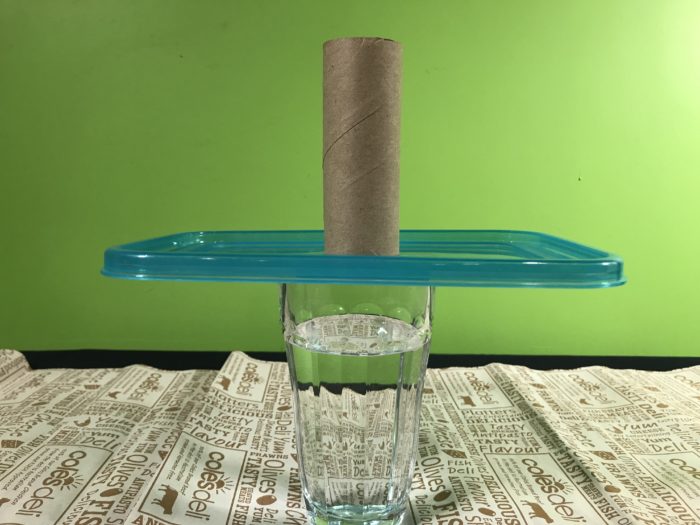 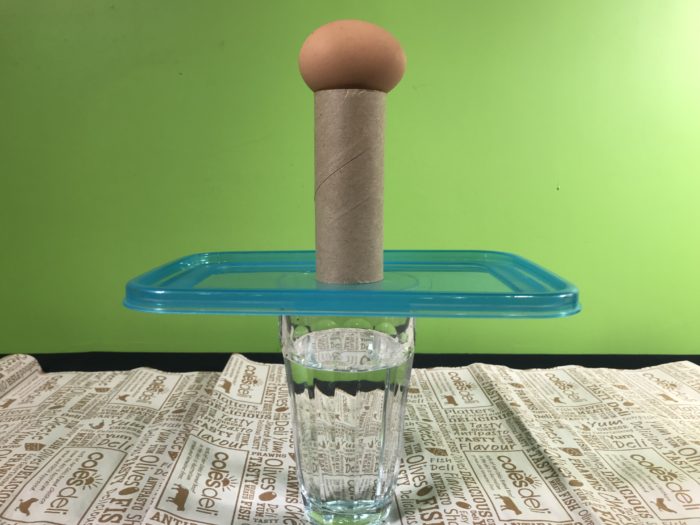 “Ready for a karate chop!”

Add your egg on top of the toilet paper roll. Use a water bomb if there a egg allergies in the room. 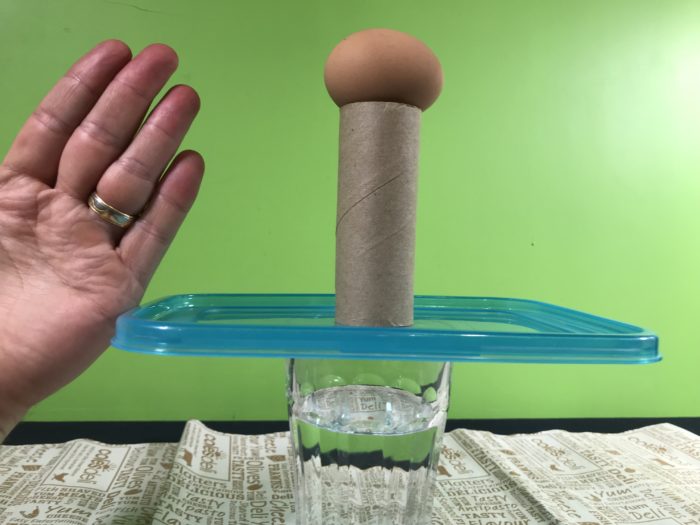 Now for the tricky part. You need to very quickly knock the tray/plate sideways, using a kind of “sideways karate chop” technique. The tray will fly horizontally, and the raised lip on the edge will catch the toilet roll, and the egg should fall straight down into the water, and stay un-cracked!

Variation: Try this experiment without the water in the glass! 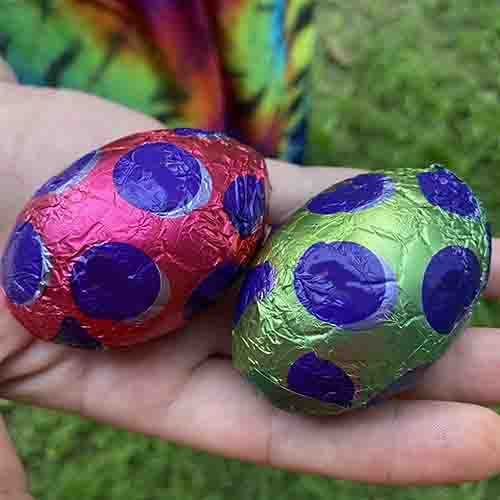 For a bit of fun at Easter, use chocolate eggs for the ‘egg-speriment’ instead 🙂 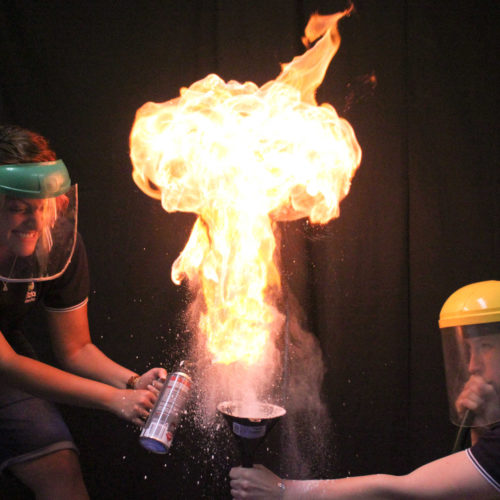 While the egg is balancing on the toilet roll, the egg isn’t moving and so it wants to remain that way. When you knock the tray sideways, you apply a force that moves it quickly out of the way. The raised lip on the tray transfers this force to the toilet roll and it too flies sideways. At this point, the egg is still stationary for just a split second, until gravity gets a hold of it and pulls it down into the glass.

This is the same principle that makes the classic magic trick, where a magician whips a tablecloth off a table leaving the crockery and cutlery still there, work.

Inertia (the tendency of moving objects to stay moving) is critical to understand when you’re thinking about road safety. Without seatbelts in our cars, our bodies would keep moving forwards if our car stops suddenly, for example in a crash. The seatbelt applies a force to our bodies that slow them down, stopping us going flying. The same goes for loose objects that are hanging around in the back seat of your car – an unrestrained object can move forwards in a car crash and can become a projectile.