Vortex rings with a bottle : Fizzics Education
Skip to content

Vortex rings with a bottle 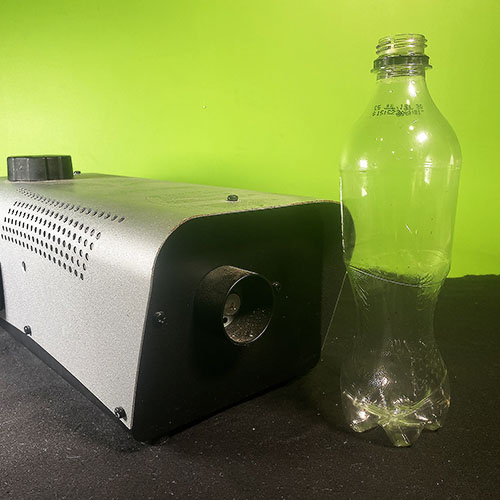 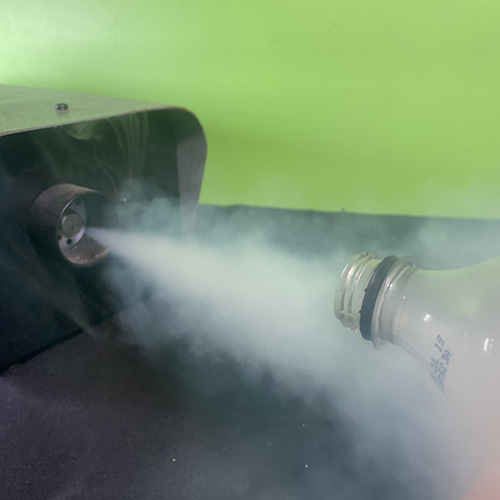 Warm-up your fog machine and then fill your soft drink bottle with stage fog. That’s it, you’re ready to go!

Gently squeeze the soft drink bottle in short bursts… you should see a vortex fog ring shoot out of the opening! 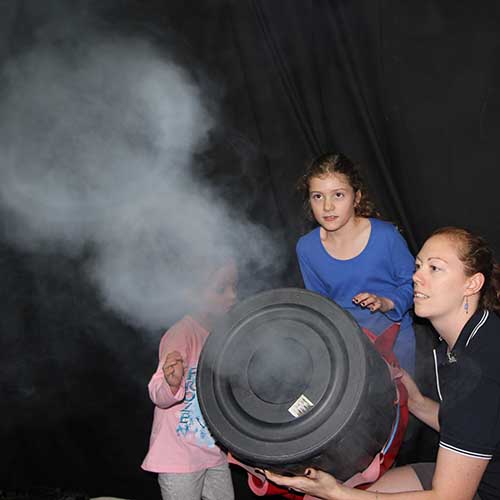 The underlying reason for the ring shape is due to a pressure differential. The mathematician Bernoulli found that moving air has less pressure than air that is still; this means that the fast air coming out of the bottle has a lower pressure than the slower air near the bottle sides. As high-pressure air moves towards low-pressure air, squeezing the bottle forces air to quickly form a ring as it leaves the bottle due to the low air pressure of the fast air rushing outwards.

Low air pressure occurs when air is sped up. Then the energy of the air molecules is being used mostly to move them faster, and less to bounce them off of each other and the balloons. Without as many collisions between the air molecules, the pressure between them is lower, and surrounding, slower-moving air molecules have more energy to bounce into the space, moving the balloons towards each other as they move in. The way that moving gases and fluids work is that slower air will move towards faster air.

Learn how to make large ones with a bin